DELPHINE CALAMARI was born in Bay Ridge, NY, the eldest daughter of Rocco and Vittoria Calamari. By age seven, she was assisting her grandmother cater every major event at the legendary Rigatoni Lodge of the Brooklyn Federation of Italian-American Societies. Her love for meat began soon there after, and within a few years she was known throughout the borough as “that Italian girl that can tell you which butcher a sausage comes from with her eyes closed.” By the time Delphine was a young woman, it was widely believed that unless you served Delphine’s meatballs at your wedding reception, your marriage would be doomed and you would never conceive a son to carry on your family name. In addition to cooking, Delphine has always been interested in the arts, singing countless duets with her sister, Carmela, at St. Lawrence of the Roasted Martyrs Church and Convent. Their nativity of cold meats and dairy was always a huge crowd pleaser at Christmastime. Also, as a young girl, Delphine attended Miss FloFlo’s School of Dance for Bigger Girls, where she excelled until she was asked to leave due to an unfortunate fight with a fellow dancer, Tula Mercantelli, over a piece of Easter pie. Today, Tula is carrying her third illegitimate child by a third father, and it serves her right. Undaunted, Delphine was Founder and President of the Pasta and Meat Club at St. Lady of the Divine Pain High School, as well as unofficial Cookie Maker for the Drama Club, where she also landed such roles as Nurse Flinn in “One Flew Over The Cuckoo’s Nest,” the Kit Kat Club Janitor in “Cabaret,” and Rusty Charlie in “Guys And Dolls.” Upon graduating, she was fired from several restaurant jobs for forcing patrons to eat after they were full. Jobless, she teamed up with her sister, Carmela, and founded the borough-famous Calamari Sisters’ Catering Company. They soon became well-known for their song-and-dance-and-cooking routines, being hired by such notable public figures as Ed Koch, Hoda Kotb, and Nancy Harrigan. Knowing that the next natural step for them was television, when the opportunity presented itself, they grabbed it. Four years ago, their Uncle JoJo accidentally went swimming without taking off his cement block, and left them a large inheritance, which they used to finance their public access cable TV show, MANGIA ITALIANO. Delphine wishes to thank her family for all of their support (except her Aunt Viola, go to hell), especially Uncle Geno for being in the right place at the right time when this kitchen set fell off the back of that truck! Delphine sends much love to all of her fans, and invites them to mangia, MANGIA! 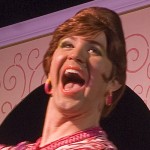 CARMELA CALAMARI was born in Bay Ridge, NY, the lightest daughter of Rocco and Vittoria Calamari, weighing 15 pounds at birth. Carmela began turning heads with her cooking from a very young age, combining a lemonade stand with a kissing booth at the age of eight. After being promptly shut down by her uncle, and several of her customers mysteriously disappearing, she turned her attention to more conventional outlets and began competing in the Bay Ridge pageant circuit. While qualified, Carmela was crowned Miss Salami of Bay Ridge, first runner-up Miss Wooden Spoon of Bay Ridge, and Miss Congeniality for Miss Stuck Pig of Bay Ridge; always wowing the crowd with some extraordinary new and unusual talent. It was while competing for the famous Miss Macaroni of Greater Brooklyn when Carmela was allegedly caught feeding one of the judges minestrone soup out of her Gucci knock-off pump. Although never conclusively proven, she was disqualified from any and all future Italian pageants in all five boroughs. Never one to accept defeat, Carmela dove into helping her sister, Delphine, and their grandmother cater events at the Rigatoni Lodge, becoming the fastest cake frost-er in all of Brooklyn. In addition, she became the darling of the St. Lady of the Divine Pain High School’s Drama Club, playing such roles as Effie in “Dreamgirls,” Eliza DooLittle in “My Fairy Lady,” and Mary in “The Secret Garden.” After graduation, Carmela attended DeVry University for a year and a half before pursuing her dream of a life in the show biz. She came close to her big break when she was cast as Kathy Bates butt double, but the MPAA deemed the scene “of questionable taste,” and Carmela’s film debut was never seen. However, when her sister, Delphine, suggested they start a singing-dancing-cooking business together, Carmela knew it was the perfect marriage of her two favorite things: cooking and performing, and so Calamari Sisters’ Catering Company was born. Achieving neighborhood attention for their unusual catering style incorporating song-and-dance routines, she always knew that she needed a medium that would allow more people to experience her unique caliber of entertainment. Public access cable was the answer!! She became the star of MANGIA ITALIANO! Carmela wishes to thank her Uncle JoJo for never making good on his bets, and her devoted fans for their countless letters, pictures (both G-rated and otherwise), and articles of clothing (both laundered and otherwise) the past four years. Carmela wishes to leave you with a quote: “Dreams are like butterflies. Don’t let them go ‘cause they won’t come back. So hold onto them tight even if kills the butterfly.”

DAN LAVENDER (Co-Creator) never imagined that an Italian mother and a dinner party with friends would lead to this show. As a director: Off Broadway: Ethan Frome: The Musical (York Theatre), Swing For Vitctory (World Premiere – York Theatre). Off-Off Broadway: Cocktails With Coward (Don’t Tell Mama), and Soar Like An Eagle (The Lion). Regional: Cocktails With Coward (Northern Stage) and Oh, Boy! (Berkshire Theatre Festival). National Tours: Swing For Victory!, Cooking With The Calamari Sisters, Christmas With The Calamari Sisters! Artistic Associate (Northern Stage), Resident Director/Choreographer (Northern Lights Playhouse). Assistant Director: Lizzie Borden, They All Laughed (Goodspeed), Zorba, My Fair Lady, Brownstone, A Saint She Ain’t, HMS Pinafore (Berkshire Theatre Festival), Camelot (MUNY), An Ideal Husband (Papermill) and many more. Resident of Brooklyn and Fire Island Pines, NY, Dan is an associate member of the SSDC. He attended Pace University and Dartmouth College. Thanks to my grandmother, Lucy Bocchino, who taught me that a wooden spoon is really called a cucchiaio, and Love to Kevin Magos, who makes it all worthwhile.www.livelyarts.net/theatrical

JAY FALZONE (Co-Creator) feels extremely fortunate to have been invited to the cocktail-party-gone-awry that was the genesis of COOKING WITH THE CALAMARI SISTERS. A Rochester native and Syracuse University alum, he grew up in a full-blooded Italian family and is grateful to have the opportunity to pay homage to the wonderful craziness of an Italian upbringing. Other writing credits: PARENTING 101 (Co-writer/ Director/ Choreographer), and YOU DON’T KNOW JACK (Book/ Lyrics), an adult retelling of the Jack & Jill nursery rhyme. Directing/ Choreographing credits: BUSH WARS (Off-Broadway), AIN’T MISBEHAVIN’ (National Tour), SNOOPY! (50th Anniversary National Tour), SHOUT: THE MOD MUSICAL (Chicago; National Tour), 42ND STREET (Naples, FL), and I LOVE YOU, YOU’RE PERFECT, NOW CHANGE (Rochester, NY – 9-year run). Currently, he is working with the original producer of MENOPAUSE THE MUSICAL on a new parody musical entitled DIVORCE PARTY: THE MUSICAL as writer and director. Performances of DIVORCE PARTY are scheduled to begin in Fall of 2011, Jay wishes to dedicate this show to his grandmother, Delphine Pierri, for the inspiration, humor, and heart to create his part of Mangia Italiano. Jay also freelances as a make-up artist (www.MotivesCosmetics.com/JayFalzone).

STEPHEN SMITH (Co-Creator) is head-over-HEELS in love with Cooking With The Calamari Sisters, this being his first true collaboration on a new musical. The only creator that’s not Italian, he’s just happy to have survived the process. A graduate of the University of Tennessee, Stephen has worked with theatres across the country and internationally, even as far as Disney Tokyo. Dance credits: choreographing The Anderson County Maverettes & Swingin’ Blue (…no, really, he couldn’t make that up…) and working with Rockettes choreographer John Dietrich. He designed costumes for AUTUMN MOON (a new werewolf rock opera), created puppets for AUTUMN MOON and FOOL’S PARADISE and has had artwork commissioned by Florida Power and Light Company, as well as several private buyers. Outside of theatre, Stephen has held jobs observing manatees, raising endangered sea turtles, manning the drive thru at Schlotzsky’s Deli, and dancing on the BIG piano at FAO Schwartz in NYC. He wishes to dedicate this show to Dan, friends and family, the cocktail hour that inspired the show, and especially Jay without whom none of this would be possible. Love and blessings!

BRANDON JAMES GWINN (Music Supervisor) His music for Underwear A Space Musical premiered in the 2008 New York International Fringe Festival. The show recieved 4 stars in Time Out, and has been produced subsequently around the country and as part of the American College Theatre Festival. Brandon is also the composer for the musicals: Hatter, The Happy Prince, If These Stalls Could Talk and Matchmaker, Matchmaker: I’m Willing to Settle. He is also a contributing songwriter for Speargrove Presents. Brandon is a popular performer and accompanist for multiple acts in NYC such as Molly Pope, Cole Escola, Erin Markey, and Justin Sayre. He is a regular at Our Hit Parade at Joe’s Pub, and can sometimes be found behind the piano sipping cocktails at the legendary piano bar Marie’s Crisis. Brandon has a group of awesome private voice students and is available for classes and coachings for voice and piano. He is a graduate of Middle Tennessee State University Theatre and Dance, McLean School of Music, and has a Master’s Degree from the Graduate Musical Theatre Writing Program at New York University. He is a proud member of both ASCAP and the Dramatist’s Guild of America.

All artwork and promotion designs by Ronn(i.e.) designs. 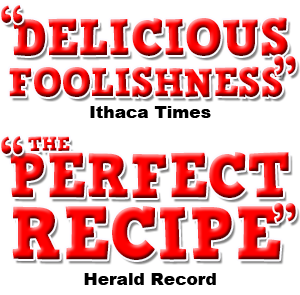 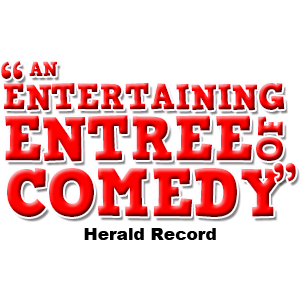 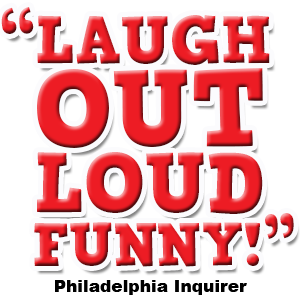 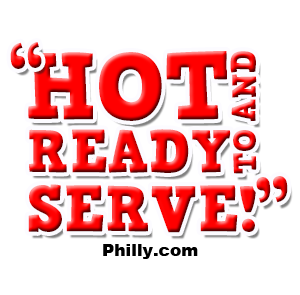 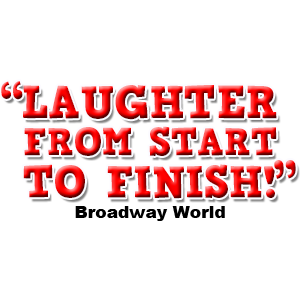 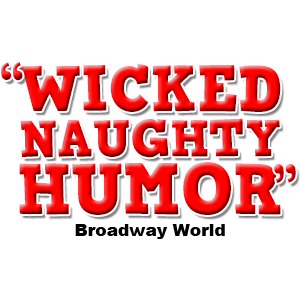